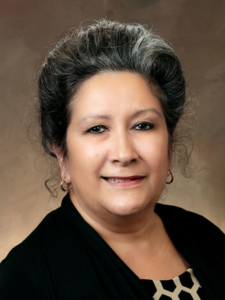 For Navy veteran Lee Champion, RN, the experience of working on airplane engines was a precursor to what became a lifelong commitment to health and healing. Today, Lee serves as Health Partnership Clinic’s Clinical Director and brings more than 20 years of nursing experience in administrative, leadership and organizational areas. Her Navy experience has played a huge role in who Lee is today.

What do aircraft have to do with the human body and health?

A lot according to Lee. “Think about it…there’s a lot of similarity to body parts of an aircraft and body parts of a human,” she says. “The heart is the engine, the struts are the legs, the wings are the arms, the hydro fluid is the body’s blood, the pilots are the doctors, the mechanics are the nurses, the numbers are the pressures (i.e. blood pressure) and avionics is likened to neurology. Both are sciences of sorts. For me transitioning from aircraft to nursing was a logical step and looking back, one of the best decisions of my life.”

As a teenager, Lee volunteered in the Cardiac Department at the VA Hospital in Kansas City, Mo. That experience ignited an interest in becoming a cardiologist. However, she was equally interested in car mechanics and was an avid race car fan. Although girls weren’t allowed to enroll in Shop class that didn’t stop Lee. Her stepfather, retired military and self-taught mechanic, handed her a wrench and taught her the ins and out of car repair.

Following high school, Lee opted to work instead of college. She continued to hone her technical and mechanical skills while having on and off conversations about a military career.

“At 21 I decided to join the Navy—without telling my parents,” she reflects. “I remember my mom was very upset but eventually came around, and my stepdad was all smiles. With my high Armed Services Vocational Aptitude Battery (ASFAB) score, he knew I would have many opportunities and the military would make me a self-sufficient woman, which both became true.” The ASVAB test is used to determine qualification for enlistment in the United States Armed Forces.

During the 80s, men greatly outnumbered women in the military, and there were limited ratings (jobs) for women. However, with Lee’s high aptitude for technical and mechanical skills, she was accepted into aircraft mechanic school. Before aircraft training, she successfully completed a 16-week boot camp in Orlando, Fla.

“I’m not going to say I was looking forward to it or it was easy, but I survived,” Lee says. “After bootcamp I headed to A School “Aircraft Mechanics” in Memphis. The next 12 months I learned all about airplane repair and then attended more training in San Diego.”

Lee also underwent air crew training and was finally assigned to the USS John F. Kennedy (CV-67) carrier. Women were not allowed to be “stationed” on a ship, so her squadron flew on and off the carrier. “There was one of me and 249 males, but I was a holy terror and could hold my own.” 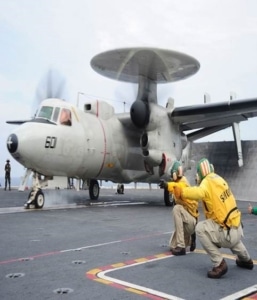 During this time, she flew a E2 Hawkeye and was assigned to rescues and scouting for drug runners. “My main job was to keep the airplane flying,” she adds. “One of the more memorable missions was when me and my crew were involved in the Libyan airstrikes.”

Although many ratings (jobs) were closed to women, Lee persisted. She quickly moved up the ladder earning her Air Crew Wings and eventually being promoted to Aviation Warfare Specialist.

After more than nine years, Lee decided to resign her position as a E6 Petty Officer 1st Class. She married her husband Bob and went to Nursing school where she graduated with a Bachelor of Science in Nursing from the University of Mary, Kansas City, Mo. She later returned to receive a Master of Science in Nursing Administration. During the intervening years, she and Bob had four children. Today, her children are married, and she enjoys eight grandchildren, most of them living nearby.

“As I look back, the intense training and education received from the Navy prepared me for the next chapter in my life, nursing and later graduate school as well as being a wife and mother. Thanks to my experience in the Navy I have been able to finetune so many of my skills…understanding the importance of respect, taking directions, following through, communication, working with people from all difference backgrounds, leading people, being flexible and teamwork.” 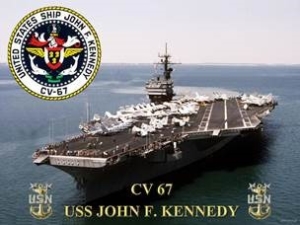 She adds, “In the Navy it’s life and death. You had to rely on your shipmates if you didn’t want to die. In the medical or health field, it’s the same—we’re talking about the lives of our patients. It’s a team effort. The provider, nursing, support staff and administration are all there to provide lifesaving care.”

The Importance of Veterans Day

“For me, Veterans Day is very special for many reasons,” Lee shares. “It’s a day to honor anyone who served in the military, sacrificed and for some, ultimately gave their lives to keep us free. It’s particularly poignant since my parents are both from foreign countries…Germany (father) and Mexico (mom).”

In fact, Lee’s grandfather was a World Word II prisoner where he was forced to work as a machinist in one of Hitler’s work camps, and her stepdad earned the Purple Heart for being wounded in Vietnam.

“We’re a military family,” she adds. “My oldest daughter and husband served in the Air Force, my son-in-law and brother served in the Navy. On my mom’s side, seven of her brothers served in the Army during the Korean War and all came back, and my stepdad was in the Air Force and Army. Veteran’s Day means so much to me and my family, and I’m pleased that HPC is recognizing our patient and staff veterans.” 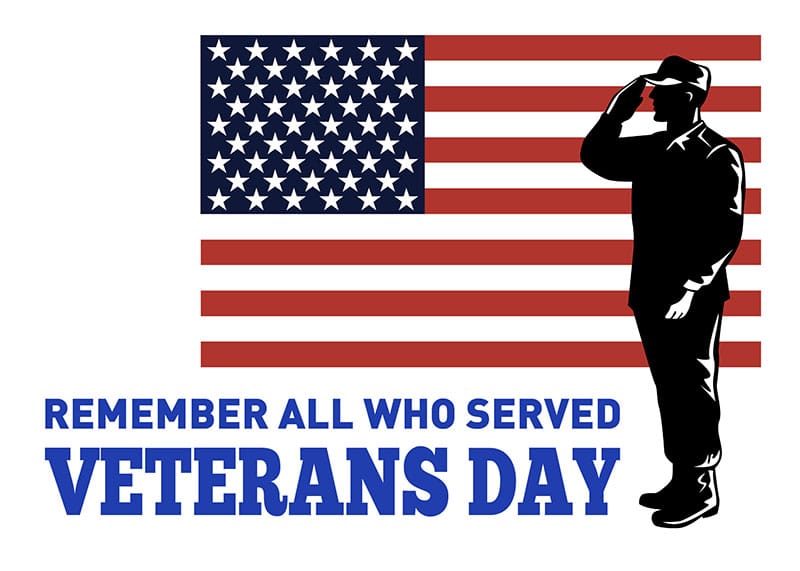 Lee Champion, RN, MSN, is the Clinic Director and Risk Manager at HPC, where she oversees the nursing department and serves risk manager and compliance officer. Lee’s responsibilities include managing clinical functions, including immediate supervision of nurses and medical assistants to assure conformance with established standards of care. She also is a key participant in HPC’s Total Quality Management approach to risk mitigation, compliance, quality improvement and patient satisfaction.

Lee has more than 20 years of nursing experience in administrative, leadership and organizational areas. She has a wealth of knowledge about joint commission guidelines as well as state and federal guidelines. Before joining HPC, she was the Facility Advisory Nurse for the Department of Health & Senior Services, Division of Regulation and Licensure, and she served in nursing leadership roles at Research Medical Center, Truman Medical Center and Swope Health.